Airbnb Inc.’s office in Japan also came under investigation by the commission in October 2017.

Japan’s antitrust watchdog on Wednesday raided the offices of Rakuten Inc. and two other online booking operators, alleging they hurt fair trade by requiring accommodation providers to offer their lowest prices on their platforms, according to a source close to the matter.

The Fair Trade Commission’s probe comes amid its closer scrutiny of allegedly obscure business transactions involving providers of digital platforms and the sale of products and services via search engines and e-commerce sites, among other avenues.

According to the source, Tokyo-based Rakuten, U.S. firm Expedia Group Inc. and Dutch outfit Booking.com B.V. have for several years allegedly urged clients to set accommodation prices the same as, or lower than, those offered on rival websites and on hotels’ official sites.

Airbnb Inc.’s office in Japan also came under investigation by the commission, in October 2017, for allegedly requesting homeowners advertising short-stay properties on its site do so exclusively.

The probe ended a year later after Airbnb said it will remove the requirement.

More recently, the commission launched in February a survey of transactions involving information technology giants including Amazon.com Inc., Apple Inc. and Google LLC to investigate whether their market dominance may be hurting competition. 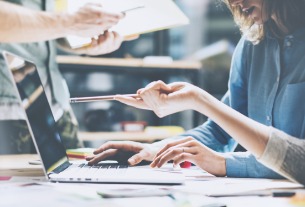 How Booking.com gained market share while we were in lockdown
©2022 广州力矩资讯科技有限公司 粤ICP备06070077号
Tell us more about yourself!