Booking.com offers a total of 28 million places to stay. About 5.7 million listings of those places are apartments and homes compared to 6 million on Airbnb.

Booking.com says it’s beating Airbnb at its own game of renting out homes and apartments to travelers.

The numbers show heated competition between the long-time travel service Booking.com and its buzzy home rental competitor, Airbnb. Booking, long a big player in hotel reservations, wants the world to know that it’s also a powerhouse in home rentals.

“It is growing faster than our core business, and we’re pleased with that,” said Booking Holdings CEO Glenn Fogel.

Booking’s timing for patting itself on the back about home rentals loosely coincides Airbnb’s expected filing for an initial public offering sometime later this year. A filing would give market watchers a look at Airbnb’s financial performance and let them see how it measures up against rival Booking.

“We have already said that we are taking the steps to be ready to go public in 2019, that doesn’t mean we will go public in 2019,” Airbnb co-founder Nathan Blecharczyk told Business Insider in an email interview Wednesday.

Booking’s history is a bit convoluted. Priceline, a survivor of the first dot-com bust, bought Booking.com, a Europe-focused travel site in 2005. Last year, the combined companies took Booking’s name because Booking, executives explained, had become a bigger part of the overall business. It also happened to put the company in a better position in home and apartment listings compared with its previous incarnation, which hadn’t quite been able to shed its legacy as a purveyor of name-your-price travel.

Last year, Booking Holdings collected $2.8 billion in revenue from home rentals out of $14.5 billion in overall revenue. The company declined to disclose its revenue from that segment the year prior, making it impossible to amount of growth that Fogel referred to.

Whatever the case, Booking’s overall growth is partly driven by a big marketing budget. Last year, it spent nearly $5 billion on marketing and doesn’t expect to slow that effort any time soon.

If anything, it’s ramping it up, especially in the U.S., where Fogel believes the company still has ample room for growth after years of focusing on Europe. The company declined to disclose details about the size of its European business, which is its largest market, partly a result of its roots in Amsterdam.

“When you look at our market share in the home area, we’re not as high in the U.S. as a competitor of ours,” said Fogel, avoiding mentioning Airbnb by name. “So we want to make sure the marketing efforts are growing brand awareness in the U.S.”

Fogel’s plans to make Booking, which also owns Kayak, Rentalcars.com, and OpenTable, a one-stop shop for travel. That includes using its existing brands to provide more customized services. For example, guests who booked flights through Kayak could, after landing, receive restaurant recommendations based on their favorite foods or buy tickets from a list of nearby attractions.

Fogel says he also wants Booking to do a better job of cross-marketing its businesses. For example, Booking recently began allowing customers to use their loyalty points from OpenTable on Kayak for hotel accommodations.

“Travel is better today, but there’s still a lot of frustration,” Fogel said. “We’re the only one that has all these pieces and are using technology to stitch it together.”

But rival Airbnb has become a major market player in a relatively short amount of time. Brian Chesky, Joe Gebbia, and Nate Blecharczyk founded Airbnb in 2008, initially accommodating guest overflow from conferences and conventions. Since then, the business has expanded rapidly, attracting homeowners, apartment owners, and hoteliers across more than 81,000 cities in more than 191 countries. The company is reportedly valued at $38 billion.

Airbnb, which declined to comment, doesn’t disclose how much it spends on marketing, but it’s safe to assume its marketing budget is much smaller. Airbnb’s total third quarter sales exceeded $1 billion, according to Airbnb.

For its part, Airbnb is also in expansion mode by pushing beyond its roots in home rentals. In 2016, for example, Airbnb began letting individuals and companies sell local activities to travelers. It also recently hired the founding CEO of Virgin America airlines to build partnerships with travel and tourism companies. And in March, Airbnb signaled its seriousness about expanding further into hotel reservations by acquiring discount hotel app HotelTonight for an undisclosed amount.

But Booking remains a giant in travel. Booking.com offers a total of 28 million places to stay. About 5.7 million listings of those places are apartments and homes compared to 6 million on Airbnb.

Of course, Booking faces challenges. It gave a disappointing first-quarter earnings outlook, blaming a slowdown in European travel due to Brexit and unfavorable foreign exchange rates. In his interview with Fortune, Fogel added yet another wrinkle—the Trump Administration’s trade wars with China that he says have depressed travel there.

“As long as GDP continues to grow,” the travel industry will, too, Fogel said. “We know we’ll get that tailwind of a growing industry.” 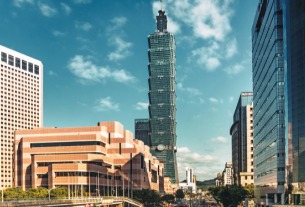 Booking.com finds 70% of Taiwanese confident about foreign travel within a year
©2022 广州力矩资讯科技有限公司 粤ICP备06070077号
Tell us more about yourself!