V Resorts will use the freshly raised funds to further expand its footprint in the country, and to enter newer markets in South Asia and the Middle-East.

Leisure hospitality startup V Resorts has raised $10 million in Series A funding. The round was led by various High Networth Individuals (HNIs), and existing investors Bedrock Ventures and RB Capital also participated in the round.

Mohit Chuganee, beneficiary owner of Mass Private Trust and one of the HNIs, said that V Resorts business model allows the company to "be a hotel operator with lower capital investment, thereby improving returns on net capital invested and also allows to scale up and grow at a rapid pace. Just think of it like the Uber of hotels in smaller offbeat locations."

V Resorts’properties comprise of small rooms, thus reducing costs. Without the cost burden, the company claims that its properties break even at 20% occupancy within the first six to nine months and it achieves 50% profit margin within the first three years itself.

The company currently operates over 150 properties spread across 22 states. In 2018, it launched its in-house local store, Pitara, where the company works with local women’s groups to package and sell their products.

V Resorts will be using the freshly raised funds to further expand its footprint in the country, and mostly in Andhra Pradesh. The startup said it is already in talks with the AP government for the same. It is also planning to enter new markets abroad, including South Asia and the Middle-East.

According to a press release, the hospitality startup is looking to expand to more than 1,000 properties, with more than 15,000 rooms, in the next three years. 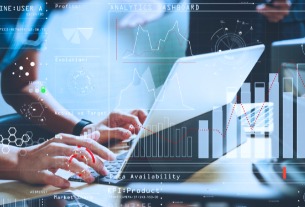 Is your resort revenue strategy ready for 2021?