Home > > Disney finds magic in China with the Shanghai park

Disney finds magic in China with the Shanghai park

One of the challenges was how to design a park that is authentically Disney but distinctly Chinese.

Speaking of the Shanghai Disney Resort, executive producer of Walt Disney Imagineering Nancy Seruto said, "Nothing we have ever done before has been as adventurous in scale and in invention."

Seruto said one of the challenges was how to design a park that is authentically Disney but distinctly Chinese. That translated into a need for collaboration with people outside Disney’s walls. To understand the reference points and expectations of Chinese end users, Disney recruited Chinese designers, artists, technical experts, and others to work with the Imagineering team.

The Imagineers did face some cultural challenges. Disney asked Chinese artisans to recreate from photos a 19th century Caribbean island town for its Treasure Cove attraction. But the locals were reluctant at first to construct buildings that looked old, crooked, and downright strange to their sensibilities.

“There is something to the strength of the storytelling that gives Disney international appeal,” Seruto said. “The stories resonate with families, and contain universal elements that have been built over decades. From that strength you can modify them and still have your core brand.” 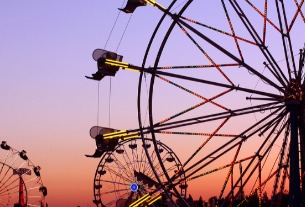