The card giants will likely look to work with the country’s dominant mobile payments providers in key segments including outbound tourism.

While "cash or card?” is the usual question when standing at a cashier’s till in the west – in China the answer is neither.

Visa and MasterCard, the world’s leading credit card companies accepted in over 200 countries, may eventually enter China after a 20-year wait as part of a potential US-China trade deal.

But China’s transition towards a cashless and cardless society, with nine out of 10 internet users already paying for things with smartphones, means the card giants will likely look to work with the country’s dominant mobile payments providers in key segments, such as outbound tourism.

"Visa and Mastercard won’t be able to change the payment culture that Chinese consumers have formed in the past decade. They have missed the golden era,” said Wang Pengbo, an analyst at Chinese internet consultancy Analysys.

The two online payments platforms allow Chinese tourists to pay for their overseas shopping directly within the Alipay and WeChat apps, with purchases settled in yuan. Use of credit cards, by comparison, typically incur foreign transaction fees.

Chinese tourists made 140 million outbound trips in 2018, up 13.5 per cent compared to the previous year, according to the latest statistics from the China Tourism Academy. One third of their transactions were made via mobile payments on recent trips overseas, overtaking cash for the first time, according to a Nielsen survey from January.

Mobile payment transactions reached a record 81 trillion yuan (US$12.8 trillion) from January to October in 2017, according to figures from the Ministry of Industry and Information Technology. Users pay with money deposited in their Alipay and WeChat Pay wallets, or through the debit and credit cards they link to these mobile services. 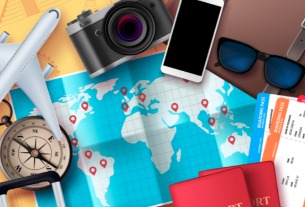 ForwardKeys predicts China outbound travel to rise over 80% in 2022
©2020 广州力矩资讯科技有限公司 粤ICP备06070077号
Tell us more about yourself!