China's leading theme park operator Chimelong Group would change its preferential ticketing standards to offer discounted tickets to all visitors under the age of 18, instead of by height measurement.

China's leading theme park operator, Chimelong Group, said it would change its preferential ticketing standards, offering discounted tickets to all visitors under the age of 18, instead of by their height measurements.

The announcement was made on Tuesday, following a case filed by Guangdong Consumer Council against the group last week, claiming the group's standards have violated the legal rights of underage consumers.

The council has dropped the charge in response to the change, according to a statement released on the official WeChat account of the consumer watchdog. Guangzhou Intermediate People's Court, which accepted the case last week, has granted the withdrawal of the case in a ruling on Monday.

Previously, the group sold preferential tickets only to minors below 1.5 meters in height. The rule stirred up heated discussions on whether theme parks and other recreational and entertainment venues should sell discounted entrance tickets to minors based on their age or height.

Following the new standards, the group said all minors can enjoy the discount by showing identity cards or student cards. 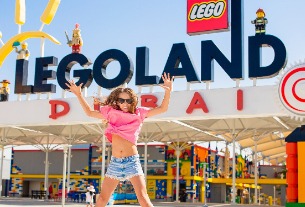