A desire for more flexibility is a common theme for non-managers, and younger generations.

We all want to feel valued and satisfied at work. But, the needs and desires of the modern worker are changing rapidly from one generation to the next, and it’s not just about having more flexibility or being able to work from home. Professionals today want to be physically and mentally engaged beyond daily project or role-related challenges. And they want to feel optimistic and proud of the role their company plays in the world.

A new survey from Airbnb for Work finds similarities in what groups of workers now want from their employers, along with some very surprising differences in mindset between the generations, and between managers and those who don’t manage people. Trends in worker satisfaction also have a lot to do with where you are in the world. Those in France may have very different needs from their peers across the channel in the United Kingdom.

The survey found that when it comes to generational differences, younger workers—Millennials (born between 1981 and 1994) and those from Gen Z (born between 1995 and 2010)—are slightly more satisfied with their jobs than Gen X (born between 1965 and 1980), as 25 percent of 26-35-year-olds are “extremely satisfied,” while only 18 percent of 36-50-year-olds are. For Millennials and Gen Z, that satisfaction is tied to their company’s role in the world. Four out of five Gen Z workers, for example, believe their company needs to take a stance on global issues.

The younger generations are more inclined to want to work in non-traditional spaces. A shared or open workspace is much more desirable to your typical Gen Z employee, who says it helps them feel more motivated and make stronger connections with their team members. Your average Baby Boomer (born between 1946 and 1964) still wants a traditional office, which they take as a sign of being valued. So, allowing for both may be the answer for today’s modern employer.

A gap between managers and those who report to them

Understanding the differences in needs between workers of different ages is valuable information that can lead to positive change. But it’s not all. The differences in mindset between managers and non-managers in today’s fast-changing workplace is just as surprising. Managers, like Millennials in general, are a bit happier with their jobs than non-managers (76 percent vs. 58 percent either satisfied or extremely satisfied). And they like their workspaces (13 percentage points more satisfied), which tend to change a lot more than they do for non-managers. Indeed, 92 percent of managers work in a variety of spaces beyond their traditional or assigned office.

But how they view the traditional workplace is where the survey reveals the biggest gap. Managers see the workplace as an inspirational setting where people can be creative and take on exciting challenges, while non-managers think workspaces mostly provide comfort, but are also noisy and disruptive. Opportunities at work are also more important for managers, while having flexibility is high on the list for those who report to them. In general, a desire for more flexibility is a common theme for non-managers, and younger generations. 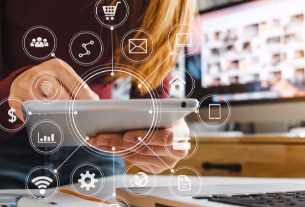 How can hoteliers win the booking war with Airbnb?
©2021 广州力矩资讯科技有限公司 粤ICP备06070077号
Tell us more about yourself!