Home > > Airline distribution in 2030, four scenarios for the future

Airline distribution in 2030, four scenarios for the future

OTAs and metas may reinvent themselves into airline content brokers, airlines may put consumers to fall into the dilemma of purchasing choices by directly applies the new technology standards.

In the first part of this analysis, PhocusWire examined the developments that have and are continuing to take place in the world of airline distribution.

Consumer game-changing technology (such as voice) and the evolution of the industry will have a profound impact on how airlines sell tickets and how intermediaries may rise and fall as a result.

PhocusWire now looks at a number of outcomes that the sector and its partners could face as it leaps into the third decade of the 2000s and fly headlong to 2030.

The year 2030 marked a milestone in Google's travel domination plan, funneling over 70% of the airline transaction volumes through its ecosystem, excluding Asia. Hotels, car rentals and in-destination activities have suffered a similar fate.

Google locks in the user across the entire travel journey, although the touch points have significantly evolved from what they were back in 2019.

A typical user starts searching on their virtual-reality handset for travel inspiration, booking the services using a combination of voice and hologram projections during their self-driving car ride and ordering an in-flight lunch service on their mobile device while their virtual assistant automatically preorders an airport transfer.

The making of a travel colossus

Early signs of Google's unstoppable rise to industry domination were already visible during the previous decade.

The search giant nailed the flag of its travel masterplan with the acquisition of ITA software back in 2010 - a product that became the backbone of Google Flights.

During the following decade, a slow but steady stream of product enhancements, combined with increasing search visibility and a gradual integration into the rest of its products (Maps, Gmail, etc.), allowed Google to grow its presence and become the largest traffic driver for airlines in the United States by the end of the decade.

Google's travel plan hit a pivotal moment in 2018. The search giant not only pushed the gas pedal of product improvements on the shopping front for Google Flights and Hotel Ads, but also showed its cards for its Grand Masterplan: offering an end-to-end ecosystem where the connected traveler never has to leave Google.

In this scenario, large airline holdings are the winners of the market disruption.

They have not only massively increased their direct sales channels but enlarged their service portfolio and transformed themselves into lifestyle brands around mobility.

The 2020s saw the consolidation of airlines into cohesive groups with multiple brands catering to different audiences, similar to large hotel groups.

These alliances have pushed digital transformation into the core of their operations, paving the way for a truly digital experience for the connected traveler.

Scenario 3: OTAs and metas reinvent themselves into airline content brokers

In this scenario, the large OTAs and their metasearch sister brands survive the competitive forces of the industry and carve a new niche in the airline distribution ecosystem.

The 2010s marked the emergence of a duopoly in the West between Booking Holding and Expedia Group.

They eventually sweep up most of the regional OTAs and metasearch engines left in Europe and Latin America, only challenged by Chinese player Ctrip. Scale and owning a portfolio of strong brands allows them to successfully stand against the tech giants and the direct ambitions of the airlines.

By 2030, competitive forces of the distribution ecosystem have seen less dramatic changes than expected, and the power balance between the different players remains fairly stable.

Tech giants keep ruling the top of the funnel, airlines have gradually expanded their direct footprint but large OTA groups have managed to survive in the post-NDC world by leveraging their in-depth consumer and technology know-how. 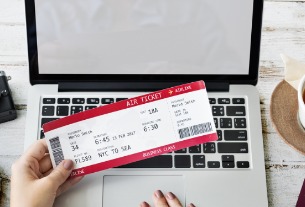 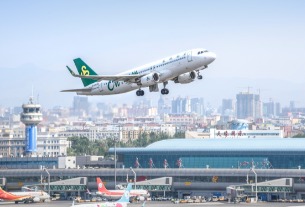