Airbnb says Chinese mainlanders will travel to 111 countries during festival

By the end of the first quarter of 2019, Airbnb predicted there will have been over 500 million guest arrivals at Airbnb listings since the company was founded in 2008.

Japan, Thailand, New Zealand, Australia, the US and South Korea are expected to continue to attract the most Chinese visitors, while niche tourist destinations such as Iceland have also joined the list of top travel spots.

Taipei, Bangkok, Osaka, Hong Kong and Queenstown are the most popular cities favored by mainland travelers on its platform, Airbnb said.

People born in the 1980s and 1990s have become the leading group of travelers, accounting for over 80% of shared-home reservations.

In the domestic market, the top destinations for Airbnb users during the Spring Festival holiday will be Guangzhou in Guangdong province, Beijing, Chongqing, Chengdu in Sichuan province, and Shanghai, according to the platform. The report forecast the peak season for inbound travel will fall between February 5 to 7, the first to three days of Lunar New Year.

By the end of the first quarter of 2019, Airbnb predicted there will have been over 500 million guest arrivals at Airbnb listings since the company was founded in 2008.

Chinese platform Tujia.com said bookings made on its site for this year's Spring Festival have increased fourfold compared with last year's. It added that Xiamen in Fujian province, Sanya in Hainan province, Beijing, Guangzhou and Chengdu were the favorite destinations.

According to a report by the State Information Center, a State Council think tank, the market for home-sharing services is expanding rapidly in the country, with the sector's revenue expected to reach 50 billion yuan ($7.5 billion) by 2020. 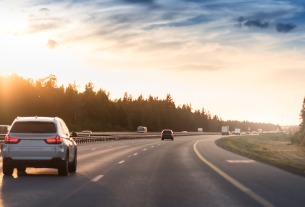