The UNWTO expects growth to slow further in 2019 to between 3 and 4%, “more in line with historic growth trends.”

The Caribbean slumped, the Middle East jumped and Europe continued to add visitors in a year of robust — but slightly more restrained — tourism growth.

Across the globe, international tourism arrivals grew by nearly 6% to 1.4 billion last year, according to preliminary figures out Monday from the United Nations World Tourism Organization. That’s on top of 7% growth in 2017, and higher than the 4-5% growth the tourism body expected to see last year.

In a long-term forecast published in 2010, the United Nation’s tourism agency forecast the number of international arrivals would reach 1.4 billion in 2020. A combination of factors including stronger economic growth, affordable air travel, new business models, and easier access to visas accelerated that date by two years, the organization said in a statement.

“Digitalization, new business models, more affordable travel, and societal changes are expected to continue shaping our sector, so both destinations and companies need to adapt if they want to remain competitive,” UNWTO Secretary-General Zurab Pololikashvili said in the statement. 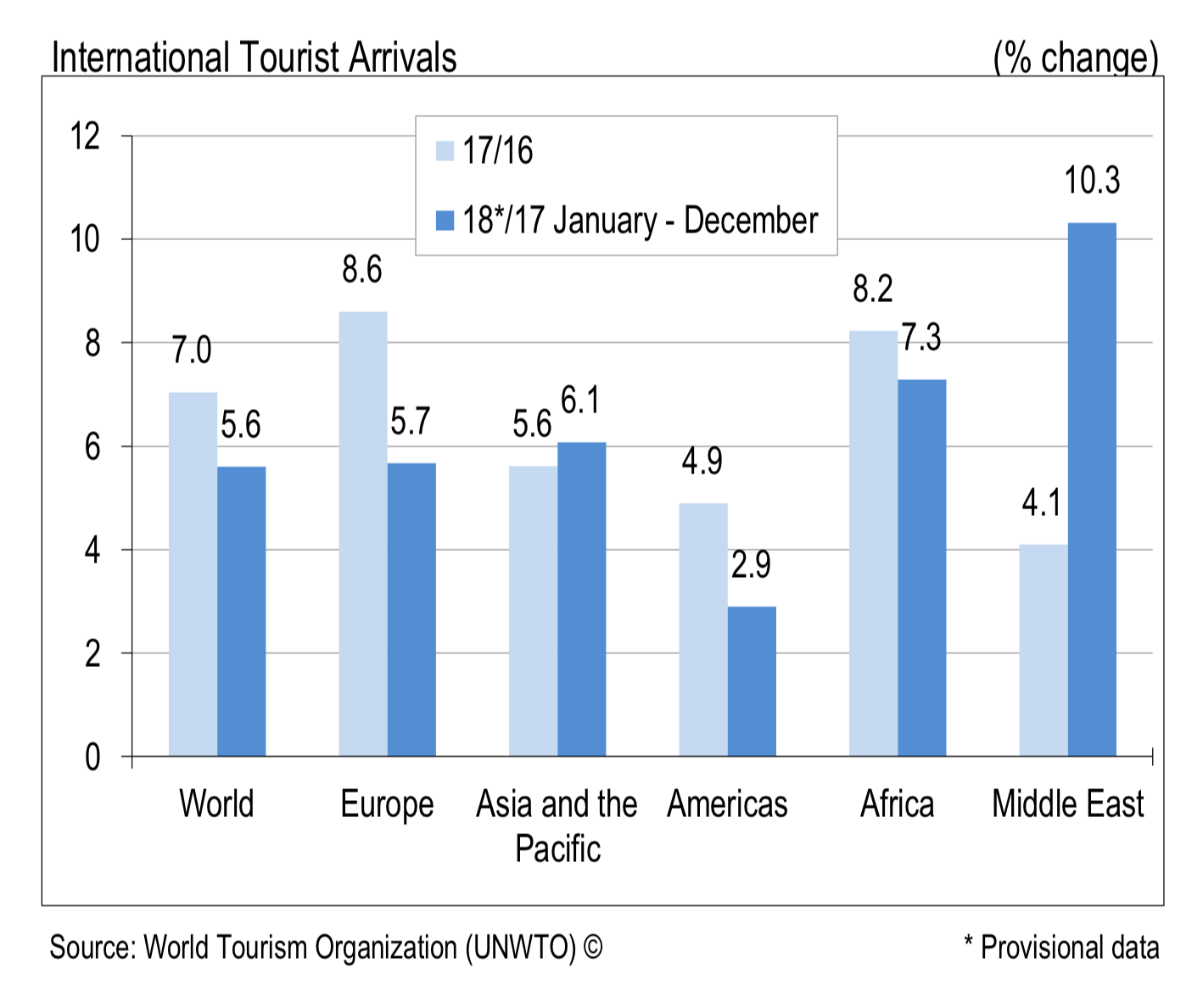 Europe still saw the most international visitors overall, up 6% to 713 million. That’s on top of 8% growth the year before. Asia and the Pacific also grew at 6%, in line with the prior year, reaching 343 million international tourist arrivals.

Arrivals to the Americas increased by just 3% to 217 million, with Central America and the Caribbean both down 2% and North America ticking up 4%. The Caribbean drop came as some destinations recovered from the impact of hurricanes in the later part of 2017. Updated figures for international arrivals to the United States, which has struggled to maintain its share of the global tourism pie, were not available Monday due to the partial government shutdown.

Africa recorded a 7% increase in international arrivals, reaching about 67 million. The Middle East was slightly behind at 64 million arrivals, an increase of 10%.

The UNWTO expects growth to slow further in 2019 to between 3 and 4%, “more in line with historic growth trends.” Stable fuel prices, more connectivity by air, and growth from emerging markets all lend to travel increases, but an economic slowdown combined with Brexit-related uncertainty and trade tensions could keep potential travelers grounded, the tourism organization said. 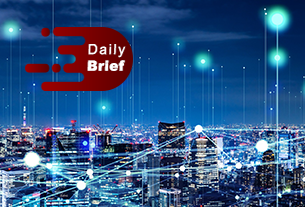 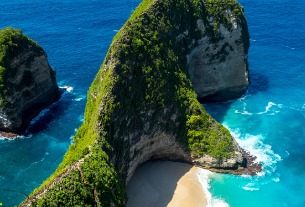 Resort islands in Bali feel the pinch as Chinese tourists avoid Indonesia
©2020 广州力矩资讯科技有限公司 粤ICP备06070077号
Tell us more about yourself!