The indebted Chinese airline and investment conglomerate has ended the two-year partnership that its French-resort partner had hoped would help expansion into China.

Pierre and Vacances said on Wednesday that the sprawling conglomerate HNA was no longer a shareholder, marking the end of a two-year partnership that the French tourism group had hoped would help its expansion into China.

In a statement the firm said it ended all its financial and commercial ties with HNA, a heavily indebted group that is being investigated by mainland banking regulators for its foreign investments.

The controlling shareholder in Pierre and Vacances will buy the 10% stake for 15.6 million euros (USD 17.7 million).

The agreement also puts an end to a joint venture that planned to transplant into China the French firm's concept of vacation villages nestled in forests.

Pierre and Vacances said HNA was supposed to help finance the construction of five vacation villages in China but had not.

The firm added that negotiations were underway with other possible partners for developing its vacation villages in China. 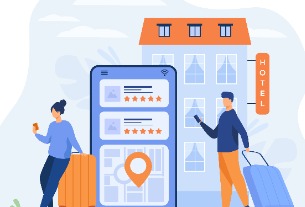