The product and user-experience provided by Booking.com will not be Expedia-like at all, or characterized by the traditional five or so tabs.

In the summer of 2017, Booking.com broke with its accommodations-only tradition, and suddenly restaurants, rental cars and flights tabs appeared atop its homepage.

It was seemingly crystal clear that after years of focusing on hotels and alternative accommodations, Booking.com would be branching out — Expedia-like — into becoming a full-service online travel agency.

Asked about the initiative nine months later, in April of this year, CEO Glenn Fogel confirmed the direction that Booking Holdings’ biggest and most important brand was taking.

“That’s what we are driving to, yes,” Fogel said. “What I would say, again, is what we are trying to create is a wholistic system that solves all issues of the trip.”

But, then he added a kicker, which seemed like a routine disclaimer at the time.

“I can’t give you a timetable, but I will say, we are on that road,” Fogel said. 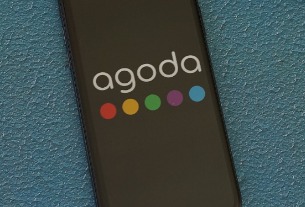