Using spherical photos from any supported source, the sites convert them to a single file format and user interface.

As soon as spatial imagery became available, marketers envisioned using it for the travel industry. Feel yourself in that vacation spot, the thinking goes, and you’re ready to sign up.

Now, Expedia-owned vacation rental site HomeAway and its vacation site VRBO are presenting unified Virtual Tours — 360-degree, linked spherical photos that allow a visitor to “walk through a location,” built from any kind of spherical photo assets and unified under the same interface. The spherical photos are linked so that a visitor can walk, for instance, from room to room.

Single format, single interface. While other sites have presented 360-degree photos, Senior Product Manager Ben James said the HomeAway sites are the first to provide a single file format with a single user interface, even though the actual locations could be captured with any of the dozens of applications and techniques for taking linked spherical photos. When a user goes to HomeAway or VRBO and sees a button to take a Virtual Tour, the proprietary HomeAway player automatically loads in the browser as the 360 spherical tour does.

Previously, the different applications and ways for capturing linked spherical photos also came with different players and different interfaces. “One of the issues we ran into,” James said, “was inconsistent experiences.”

Now, the application provider or production service company sends the spherical photo assets in HomeAway’s own file format to the sites, along with the metadata that converts navigation into the HomeAway user interface.

HomeAway, he said, is also working with other application providers to support the file format and singular interface. The idea is that, in the near future, even mom-and-pop rental properties will be able to capture spherical photos with an iPhone and any available application, and share them in the proper format/UI to HomeAway.

HomeAway and VRBO will accept photo assets from InsideMap or TruPlace anywhere in the world, but the focus right now in on creating assets in 20 U.S. markets.

Initial results. James said HomeAway ran tests on 360-degree virtual tours in its user lab, where facial recognition showed that test subjects had twice the emotional engagement than what they experienced with regular photos, but so far there are no stats as to whether these virtual tours improve engagement or boost rentals.

Why you should care. Navigable tours are a natural way to market distant locations, but key problems of usability and site support have been caused by the wide variety of players, formats and user navigation.

If successful, HomeAway and VRBO’s proprietary effort to solve these problems may lead to similar efforts by other travel sites, and perhaps may evolve into an industry-wide standard. 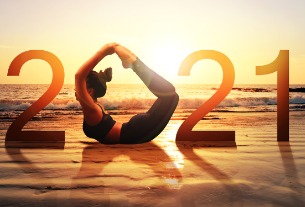 How pandemic-led consumer behaviors might play out in travel 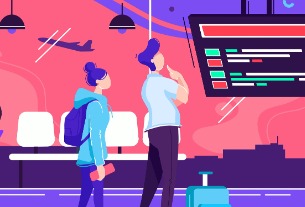