If finalised, NetsPay will be the first third-party digital wallet to link with WeChat for cross-border payments in China.

Singapore electronic payments provider Nets is in talks with Tencent Holdings’ WeChat Pay to allow users of its NetsPay digital wallet to make mobile payments in mainland China, according to people familiar with the discussions.

The partnership will allow Singapore’s NetsPay users to scan QR codes in stores accepting WeChat Pay on the mainland and settle purchases in Singapore dollars, said the people, who declined to be named as the information is private. Negotiations are still ongoing and a final deal has not yet been reached, they said.

Nets declined to comment, while Tencent did not immediately respond to queries.

If finalised, NetsPay will be the first third-party digital wallet to link with WeChat for cross-border payments in China. 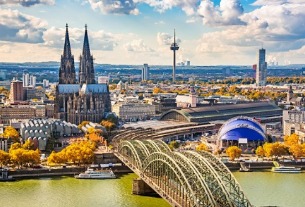 Cologne continues to use WeChat to win Chinese tourists
©2020 广州力矩资讯科技有限公司 粤ICP备06070077号
Tell us more about yourself!