Spain is the second most popular tourist destination in the world, only after France.

Spain's tourism industry is looking to Chinese tourists for its high-end market, according to the president of the Spain-China Tourism Association (ATEC).

Chinese tourists not only travel abroad in the summer months when Spain has to compete with the sun and beaches in countries such as Turkey and Egypt, but also travel in the off-peak seasons of a year, according to Cascales.

Spain is the second most popular tourist destination in the world, only after France. It attracted about 82 million visitors in 2017, 700,000 of them from China, a number which the United Nations World Tourism Organization (UNWTO) estimates will rise to about 1 million by 2020. 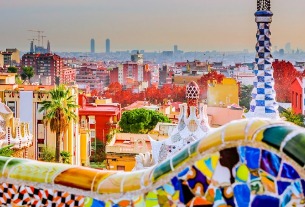 When will Chinese tourists deem international travel safe again? Foreign destinations gearing up for their imminent return may be disappointed
©2020 广州力矩资讯科技有限公司 粤ICP备06070077号
Tell us more about yourself!