TripAdvisor penalized properties which had paid for fake reviews through ranking demotion and, in some cases, flagging repeat offenders with a red badge that warns users that the company has attempted to manipulate reviews.

The value of reviews is substantial, for travelers who rely on them and for travel companies that benefit from them.

But wherever there is value, there is always someone trying to run a game. Now TripAdvisor is sharing details about how the owner of a reviews-for-payment business in Italy ended up in jail, with a criminal record and fine.

TripAdvisor says that its investigators were tipped off by an Italian hospitality business which had received email promotions from a business called PromoSalento to boost its profile in exchange for a fee. Investigators then identified the people behind the fraudulent review service and confirmed that they had not only advertised fake reviews as a service but also tried to post fake reviews on the TripAdvisor site.

“Our investigators applied advanced digital forensics to identify and analyze links between PromoSalento and attempted submissions to our site. Over the course of our investigation, our technical analysis identified and then either blocked or removed more than 1,000 attempts by PromoSalento to submit reviews to the TripAdvisor site on hundreds of different properties.

“PromoSalento attempted to avoid our scrutiny by regularly changing their usernames and email addresses, but our fraud detection processes use a suite of advanced technologies to evaluate hundreds of review attributes such as IP addresses, browser types and even the screen resolution of a reviewer’s device.

TripAdvisor also penalized properties which had paid for fake reviews through ranking demotion and, in some cases, flagging repeat offenders with a red badge that warns users that the company has attempted to manipulate reviews.

It’s also important for TripAdvisor to be consistent. When we wrote about the record A$3 million Meriton fine for review fraud this year in Australia, we pointed out that Meriton still held its Travelers’ Choice Awards recognitions and Top 25 Hotels listings. At the time of writing this still appears to be the case. Putting red badges on and demoting smaller properties may be justified and proper, but it seems unbalanced while seeming to turn a blind eye to elaborate, fraudulent schemes developed by big-name brands. 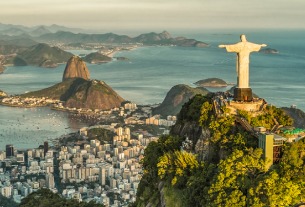 OTA gets green light for US investment; Fliggy offers Fly At Will flight deals | Weekly Review