Helsinki to make travel easier for Chinese tourists through their phones

On September 5, Helsinki Marketing, a marketing company owned by Finland's capital, Tencent and Finnair signed a cooperation agreement to make travel information more accessible for Chinese tourists through their phones.

Helsinki mayor Jan Vapaavuori said that the behaviors of Chinese tourists in Helsinki are changing and the city is making travel easier, such as launching a digital travel guide on WeChat, one of the most popular Chinese apps.

He also said a lack of hotel rooms has been a problem because the number of tourists has more than doubled in a short period. "We are also trying to convince some Chinese hotel chains to come and build hotels in Helsinki," Vapaavuori said.

Apart from hotels, Finnair, the nation's major airline operator, is also working on increasing the number of direct flights between Helsinki and Chinese cities.

"When Alipay and Fliggy were not doing promotions in Finland, Chinese visitors spent 600 euros (USD 699) per person in the country per visit," he said. "Now consumer spending by Chinese tourists in Finland, excluding flights and hotels, has reached 1,300 euros per person per visit." 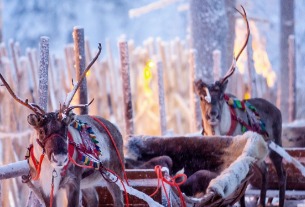 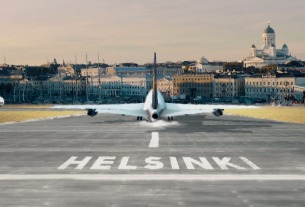