Buying HRG has been "all consuming", according to Doug Anderson, who has talked exclusively to Buying Business Travel about the impact of this year's most talked-about deal.

The acquisition has today been confirmed. And now Anderson, chief executive of American Express Global Business Travel, finds himself in charge of a £2 billion-plus TMC.

There was almost a media blackout following the announcement in February this year, but with last week's EU merger control clearance and today's official completion announcement, Anderson is now able to shed light on his vision.

I begin by asking if there were any hurdles. "These things are complicated, they always take time. If you're referring to the three-week delay, we misunderstood the time it would take for regulatory approval," he tells me. "But both organisations, I believe, at the level I deal with, are delighted with the deal. We're in a good place."

The official proposed takeover announcement, issued 9 February this year, referenced how "complementary geographical footprints of each company will improve the global scale and reach of our business", as well as how "technology roadmaps of each business provide a powerful platform from which to drive future innovation".

Six months on, does Anderson's vision remain the same?

"There were no surprises," he says, adding that HRG's European reach will benefit Amex GBT. Technology was also seen as a motivator, and Anderson says: "HRG has some strong technology – client facing and operating – that will fit with Amex GBT‘s technology stack.

"We're certainly going to ramp up our technology development. We're consistently working out ways to provide clients with the best ways. Both [TMCs] have omni-channel inventory, both have the same objective to give content – both GDS and non-GDS content." With potentially overlapping systems, Anderson says simply that the company "will see which is best".

He is also keen to emphasise how the acquisition brings "strong people" into the Amex GBT fold, however one question on everyone's lips has been: what will happen to the workforce? The original "2.7" filing cited "overall potential job reduction of between approximately 6 and 8% of the total combined group full-time equivalent workforce".

In terms of any job cuts, Anderson says "it's far too early to say". "We were required in the 2.7 to put in an estimate. Both organisations have strong results; we're looking for cost savings, but we're not far enough in to know where they'll come from."

Branding remains another question mark, and in the short to medium term, HRG stays, albeit with the tagline "An American Express Global Business Travel company". "We'll consider the brand during the integration," Anderson adds.

Now the deal is complete, Amex GBT has access to HRG's client data. This was off the books during the negotiations, as HRG was a publically listed company. With this newfound access, exactly how big is Amex GBT's client base looking? "I honestly don't know," Anderson replies. "We've not had much access to commercially sensitive information. But in terms of revenue, we're bringing together two of the top four TMCs."

Another question surrounds how clients will feel being served by now the largest TMC in existence. Is Anderson worried some customers may be concerned they're now dealing with a new and much bigger company?

Trust is a factor the chief executive must now place in his leadership team as the mechanics of the takeover are ironed out. Structural changes include today's appointment of Joanna Macleod, currently Amex GBT's executive vice-president, Traveler Care, to the new role of chief transformation officer, to "facilitate the successful integration of the companies". Meanwhile, William Brindle, HRG's chief operating officer, has been appointed Amex GBT's chief operating officer.

"We're taking it seriously as that," Anderson says. "We have an opportunity here to merge two companies. We're adding one plus to come up with four or five."

I point out that since the announcement, there have been several other deals in the business travel sector, including moves by Reed & Mackay and CTM. Has Amex GBT set a trend, and will more consolidation follow? "I've left my crystal ball at home!" Anderson jokes. "But I think there will be more global TMCs buying local players, or local players merging to be stronger."

However, for now, the task at hand is to bring together of two of the industry's household names. "It's been all-consuming for the leadership team and for the business – this is what it's all about," he says.

"Our priority is to take care of the combined clients and people. We're focusing on a ‘best of both' principle," he continues, adding what could be this year's understatement of the year: "It's a fairly big deal." 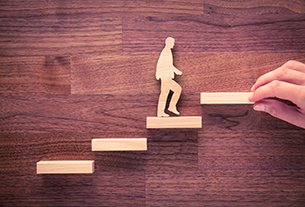