Vietnam's strong growth in Chinese arrival - not the full picture

With over 2.5 million Chinese arrivals in H1 2018 - accounting for 30% of all international arrivals - Vietnam experienced its most successful half-year period for Chinese outbound tourism to date.

Vietnam overtook South Korea as the fifth most-visited outbound destination among Mainland Chinese travellers for H1 2018, behind Hong Kong and Macao in Greater China, as well as Thailand and Japan.

In having swollen their tourism market with the ‘low hanging fruit’ of low yield package travellers, many hotels in popular destinations in Vietnam no longer have beds available for non-Chinese guests, leading to the Department of Tourism of Khanh Hoa calling for a minimum of 15% of hotel rooms to be set aside for visitors from other countries out of fears on dependence on the Chinese market.

Banking on lower yield travellers from second, third and lower tier cities (who made up 62% of all Chinese visitors to Vietnam in Q1 2018) has allowed many Vietnamese tourist service providers to become complacent and neglect more sustainable high-end travellers booking through OTA platforms such as Ctrip, as well as ignore heavy losses from North American and Western European source markets.

Furthermore, as absolute numbers of Chinese arrivals continue to rise, issues surrounding overtourism can come into play for both Chinese and locals alike. Kyoto is empty of Chinese tourists, and Japanese netizens would like to keep it that way 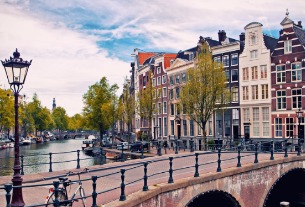