Home > > Click&Boat sails off with a €4 million investment

Click&Boat sails off with a €4 million investment

Boat rental startup Click&Boat to expand globally as well as through acquisition.

Boat rental startup Click&Boat has raised €4 million and says it plans to expand globally as well as through acquisition. Click&Boat attracted funding of €1 million in late 2016.

In a statement the Paris-based company, founded four years ago, says it now has more than 200,000 registered users and boat owners have earned more than €40 million via its platform.

The company was founded by French entrepreneurs Edouard Gorioux and Jeremy Bismuth. It launched a US website last year and says the market it currently its fifth largest with a growth rate of 443% since the launch of the site.

This latest investment will be used for expand into new markets such as Russia, the Middle East and South America as well as acquire competing companies. 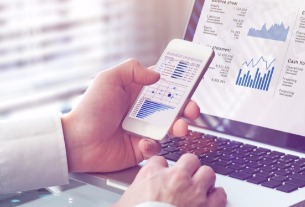 China reports another plunge in tourism revenue as recovery drags on
©2020 广州力矩资讯科技有限公司 粤ICP备06070077号
Tell us more about yourself!