Six Flags said there would be play zones based on “popular domestic and international intellectual properties” as well as entertainment with a math, science, and fitness focus.

Six Flags Entertainment added another project to its China portfolio, bringing the number of planned parks in the region to 11.

The latest addition, Six Flags Kids World, will be developed with a specific audience in mind. Developed for “younger thrill-seekers,” the park will include “scaled down versions of some of Six Flags’ most popular roller coasters, rides and attractions,” the company said in an announcement Tuesday.

The park will be part of an entertainment complex in Nanjing that was announced in April. Six Flags and Beijing-based development partner Riverside Investment Group already said the project will include a theme park, water park, and adventure park.

Six Flags is taking a regional approach, as it has in North America. Other park complexes are planned for Zhejiang and Chongqing. 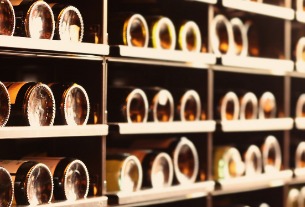 Changyu to open a wine theme park in Shanghai
©2020 广州力矩资讯科技有限公司 粤ICP备06070077号
Tell us more about yourself!