Norwegian has endured its fair share of struggles in recent years and reported an annual loss of nearly $38.5 million for 2017.

British Airways parent IAG has built up a 4.61 percent stake in rival Norwegian and wants to start discussions about a potential takeover offer.

Although no talks have yet taken place, IAG’s eagerness indicates that an acquisition is a possibility but the airline group, which includes Iberia, Aer Lingus and Vueling, said that at the moment there was no concrete offer on the table.

Norwegian said it was unaware of the share acquisition but that the approach demonstrated the “sustainability and potential” of its business model.

And while others have wanted to imitate Norwegian, the airline has endured its fair share of struggles in recent years.

Ryanair CEO Michael O’Leary launched a scathing attack on the airline last September, insisting that it was close to bankruptcy. Norwegian denied this but did report an annual loss of nearly $38.5 million for 2017.

If IAG is serious about buying the company it will need Kjos’s support. Together with chairman Bjorn Kise, Kjos is the joint owner of HBK Invest, the single largest shareholder in Norwegian with a stake of just under 25%. 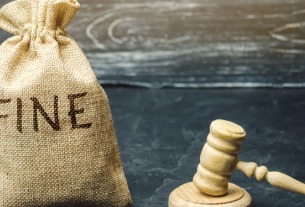