Expedia spent $5.3 billion on marketing in 2017, more than half of revenue

Expedia spent a record $5.3 billion on marketing in 2017, more than half of the entire group's revenue (52.7%), mainly due to its ramping up of performan marking.

Expedia spent a record $5.3 billion on marketing in 2017 - a figure that seemingly troubled investors amid its full year financial results last week.

The last time marketing was more than half of total income was in 2015, when a $3.4 billion spend figure accounted for a 50.7% share.

A point to note: rival online travel giant Priceline Group has so far spent around $4 billion on sales and marketing (up to September 2017), so it and Expedia Inc are on-track to exceed a combined $10.5 billion+ over the course of 2017.

Expedia says its sales and marketing efforts increased again due to playing in "higher cost channels" as it looks to expand further globally. HomeAway, in particular, increased its marketing spend in the last quarter of 2017 and is heading deeper into the performance marketing world alongside its traditional brand activity.

The company says it will continue to spend heavily in marketing, with CEO Mark Okerstrom claiming that its global ambitions require substantial investment to attract new customers.

The continued use of marketing dollars to get customers in the front door across its portfolio of brands does appear to have eased the concerns of analysts, with some questioning why there are "no positive results" on the investment. How to keep your direct guests and steer the traveler booking motivations away from the OTAs? 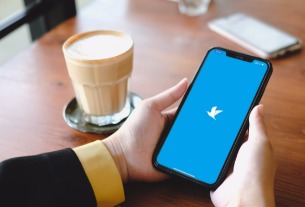 Traveloka nears fundraising at lower valuation
©2020 广州力矩资讯科技有限公司 粤ICP备06070077号
Tell us more about yourself!