Home > > Onefinestay’s innovative bet to stay ahead of Airbnb

Onefinestay’s innovative bet to stay ahead of Airbnb

Unlike traditional loyalty programs, Higher Living does not involve points, a tiered structure, or endless marketing emails, and guests are automatically enrolled from the minute a getaway ends.

Nearly two years into Accor SA’s $168 million play for a piece of the home-sharing pie, the multinational hotel group is throwing down the luxury gauntlet: free, round-the-clock concierge service for an entire year after your vacation. Called “Higher Living,” the offering was announced on Friday by Onefinestay, the luxury rental brand founded in 2009 and acquired by Accor in 2016.

Higher Living is being pegged as a loyalty program of sorts as Accor rapidly expands its footprint, becoming the first major hotel group to actively embrace home sharing. Last year they purchased Travel Keys and Squarebreak and merged them with Onefinestay, quadrupling the rental company’s portfolio overnight, from more than 2,000 units in 13 locales to more than 10,000 rentals in 200-plus destinations.

What sets Onefinestay’s privately owned properties apart from those on Airbnb, VRBO, and other peer-to-peer sites is that each one—from a beachfront villa in Anguilla to a penthouse in San Francisco—is heavily scrutinized in person and vetted against a checklist of 300 characteristics. In addition, there’s a consistent, hotel-like quality to every stay, from the toiletries (Le Labo in the U.S., L’Occitane in Paris, for example) to an on-call concierge to procure hard-to-get theater tickets, private chefs, or dog-sledding excursions in Courchevel. Those concierges now staff the Higher Living program.

Unlike traditional loyalty programs, Higher Living does not involve points, a tiered structure, or endless marketing emails, and guests are automatically enrolled from the minute a getaway ends. Need help finding a photographer for a family photo shoot? Just call, text, email, or use the dedicated mobile app to ask an on-staff Onefinestay concierge to find one; the only thing you pay for is the photo shoot. Planning your kid’s birthday party? Consider the venue, cake, and decorations handled. You can also use the service to arrange day trips or just send flowers. It’s a doubling down on Onefinestay’s view of itself as a full-fledged hospitality company, rather than merely a place to go for high-end rentals. 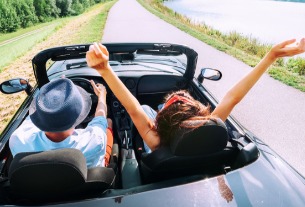 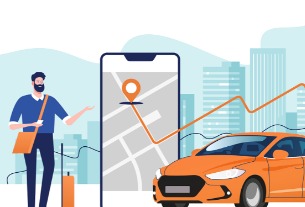