The Chinese conglomerate’s hotel unit plans to raise the number of Carlson hotels by 25% globally in two years.

HNA Hospitality Group, the hotel unit of embattled Chinese conglomerate HNA Group, will make the Carlson Rezidor Hotel Group it acquired a year ago the linchpin of a global expansion plan that includes more than doubling its portfolio in China in five years, says its chairman Bai Haibo.

The group’s focus on Carlson Rezidor comes as no surprise as it would become HNA Hospitality’s only global hotel asset, after it hired banks to find a buyer for its 29.3 per cent stake in Spain’s NH Hotel Group. Relations with the NH board had soured after a mid-2016 boardroom coup which led to four HNA-appointed board members being kicked out.

Bai declined to comment on the NH debacle, and shifted the discussion to Carlson Rezidor.

HNA will leverage its resources to help Carlson accelerate its expansion in Asia and China. In China, the Minneapolis-based hotel group’s presence is obscure with 22 hotels in operation and under development. HNA said it wanted to more than double that number. 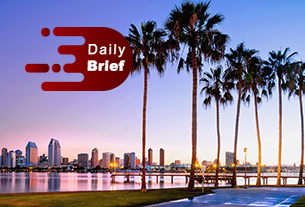