This week, China’s Zhejiang Geely Holding Group Co. acquired Terrafugia Inc., a Boston-based company that plans to start selling flying cars by 2019. It’s the most prominent Chinese investment yet in an industry that’s attracting the talent and capital of some of the world’s most prominent entrepreneurs and investors. And it marks an important advance for a technology that could reshape the 21st-century city.

Flying cars have been just around the corner since at least 1924, when Popular Science published an article headlined “Flying Autos in 20 Years.” But thanks to recent advances in lightweight materials, batteries and autonomous-vehicle software, they’re now coming much closer to reality.

Most of the vehicles under development resemble small aircraft more than Honda Civics: They’re electric-powered, largely autonomous and only touch the road to take off and land. Some will function much like private helicopters — ferrying the rich around — while others will be more like next-generation taxis or buses. In theory, such vehicles could one day reduce pollution, ease urban gridlock, take pressure off of overburdened transit systems and make commuting a breeze. It’s no wonder that investment is pouring into the field. Companies including Uber Technologies Inc. and Airbus SE are developing prototypes. Alphabet Inc.’s Larry Page is so enthusiastic that he started two competing flying-car companies. Earlier this month, Uber announced a partnership with NASA to launch flying taxis in Los Angeles by 2020. Governments are funding research into the vehicles, while regulators are thinking of ways to integrate them into existing networks.

China shouldn’t allow itself to be left behind. It’s already investing in technologies such as artificial intelligence and robotics on a large scale, while making innovation an explicit goal of public policy. Funding basic research into flying cars would be a logical extension of those efforts. If successful, the vehicles could one day have substantial benefits for the environment, urban design, quality of life, productivity and economic growth. Even if they fail commercially, the research effort could inspire other innovations, in fields ranging from materials science to battery technology to autonomous driving.

And that could pay outsized dividends — both for China and the world. China’s burgeoning middle class is already shaping the future of the automobile. Its inventors and bureaucrats will have a major influence over what 21st-century transport systems look like. In that sense, Geely’s purchase of Terrafugia is a big step in the right direction. “Blade Runner” was set in Los Angeles, but the future of transportation will very likely be shaped in Shanghai. 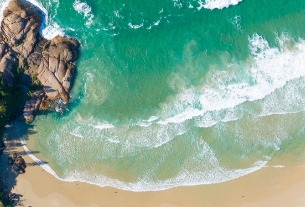 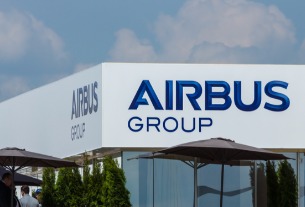 Airbus increases deliveries as travel revives in US, China
©2020 广州力矩资讯科技有限公司 粤ICP备06070077号
Tell us more about yourself!