China’s growing middle class is leveraging higher wages and the One Belt One Road initiatives to explore Southeast Asia, and countries are scrambling to serve their incoming guests’ needs.

Vietnam brought in 60% more Chinese tourists in the first quarter of this year, tapping into an expanding market that Thailand has already capitalized on, and Cambodia saw a 45% growth in tourists in three quarters this year, according to Xinghua Daily.

Most countries have not been as direct in their desire to see more Chinese tourists, but governments and companies in Southeast Asia are taking steps to cooperate with the superpower’s brands to bring in more visitors.

Clearing the routes for travel

In the region’s developing countries, China's One Belt One Road investments in transportation routes have started to open up new destinations for the nation's travelers.

Even tiny Laos, whose 4.6 million visitors in 2015 fell far below the tourist count in Vietnam, Thailand or Cambodia, is trying to align itself with China’s growing tourist population.

Meanwhile, China’s first connection on its expansive Southeast Asia high-speed railway will be Laos, with that stretch set to open in 2022 and bring in more Chinese tourists as well. 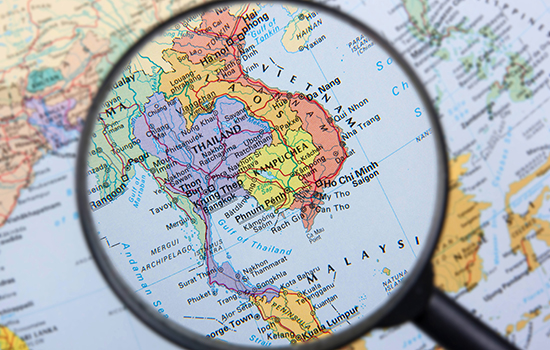 Tourism economies like Thailand are trying to advance their established attractions to bring in more luxury travelers and fewer “zero-dollar tour groups” from China.

Though cheap pad thai and tropical drinks may never go out of style in Bangkok or Phuket, tour operators in these destinations will be adjusting prices and services to cater to China’s higher income guests, said Pimonwan Mahujchariyawong, an economist at Kasikorn Research Center Co. in Bangkok, in an interview with Bloomberg.

Fave, Southeast Asia’s answer to GroupOn, partnered with AliPay in August to facilitate Chinese visitors payments in Malaysia, Singapore and Indonesia. Luxury retailer DFS Group recently began a partnership with WeChat at stores in San Francisco and Hawaii last month with interest in expanding to Southeast Asia on the horizon, said Daniel Binder, president of business transformation and supply chain.