Back in 2011, Gartner research predicted that by 2020, customers will manage 85% of their interaction with companies without interacting with a human. Servion consulting released a more recent figure, predicting that AI will power 95% of customer interactions by 2025.

The most effective service and support teams have an AI layer capable of understanding and responding to most basic questions, paired with humans available to step in when the AI isn’t confident it has an answer. For travel, the AI layer might provide hotel checkout times or local restaurant recommendations and the human might take over if a customer has a special request or wants to share a personal experience.

AIs can drastically reduce the load of repetitive tasks—whether physical or digital—freeing humans up for higher value, more creative work. For instance, AIs are rapidly improving in the area of language translation, which is helping to flatten the world economy, streamline travel and make it easier for people to connect with one another.

Last year saw the launch of three foundational AR efforts: Microsoft HoloLens, Google Tango, and Pokemon Go—a trio of radically different projects, each demonstrating a different element of AR’s potential. It also saw the proliferation of real-time video filters and interactive selfie animations added to Snapchat and Facebook. But the big news in augmented reality this year is Apple’s release of ARKit, a tool for developers to build AR apps in preparation for the launch of iOS 11 this fall.

AR is already being used for things like translation—the ability to read every sign or doc-ument in your preferred language in real time. And it’s easy to imagine all kinds of other functionalities, like visual Wikipedia for the real world… every building, street and landmark mapped to layers of rich content. Or in social spaces, never forget a name or an interaction; businesses could greet every passenger or hotel guest by name and know their customer history at a glance.

Earlier this year, Starship Technologies and delivery service Postmates launched a robotic delivery service in Washington, D.C. The robots look like medium-sized coolers on six wheels and have special approval to travel exclusively on sidewalks in the District and in neighboring Virginia. They use GPS and an array of nine cameras to help navigate their environments. They can’t bring all your groceries yet, but they can bring quick takeout meals or a bag of items from a local convenience store.

When combined with other technologies, like biometric identity, it’s easy to imagine a world in which travel becomes a virtually hands free process, thanks in large part to autonomous delivery technologies. An autonomous suitcase and an autonomous personal porter are already in production—it may soon be commonplace to see small robots following their owners through airports, train stations and city streets. Luggage may even check itself in and come find you after you debark. It might even be possible to retask your luggage to run errands once you’re at a destination—drop off the dry cleaning or pick up a snack. If you’re out in the city and left your phone or sunglasses in the hotel, no worries… those can be delivered. Blockchain appears to excel when you need a clear and immutable record of any type of information (such as location or ownership) to be accessible to multiple parties who may not trust one another. We’re beginning to see blockchain prototypes emerging in the travel space:​

a)  Webjet is piloting hotel room inventory on blockchain, to collect exponentially more data with each booking and en-sure prompt and complete payment to all parties.

b)  Startups are eyeing digital identity management on blockchain. Combining biometric identification with blockchain may provide more secure digital proof of identity, over traditional identity measures like a passport.

c)  Hotel and airline loyalty programs may transition to blockchain to help streamline tracking of loyalty points and simplify conversion and redemption across all players.

d)  Airbus has brainstormed blockchain possibilities, and is part of the Hyperledger blockchain consortium; their test project is to use blockchain to create industry-wide tracking

In June, the U.S. Department of Energy infused an additional $258 million into the race in a bid to keep up with China, which promises to have an exascale computer functional by 2020.

Complexity and speed aren’t ends unto themselves, but as supercomputers approach the complexity of a human brain, it becomes possible to perform deeper simulations of the inner workings of the brain, to better understand how they work.

At a hackathon last fall, Sabre Labs built an EEG-based flight shopping app for iOS. Wearing an EEG headband, users under-go a quick training session looking at images of beaches and mountains to establish baseline brainwaves. After training, a person can simply think of a destination—mountain vs. beach—to launch the appropriately themed flight search.

As quantum computers get closer and we better understand their potential, it appears their first “killer app” is likely to be optimization--finding the most efficient way to chart a path or engineer a system. And this has tremendous potential for travel!

Much of travel—along with other common things like internet search and social media—relies on optimization across large data arrays. Flight scheduling, crew allocation, aircraft routing, traveler itineraries, etc., are all optimization problems with countless variables. Traditional computers work on these problems with limited toolsets; quantum computers may be able to find entirely new solutions and efficiencies.

Some of the aircraft technologies being developed— particularly for near space flights—may see broader commercial applications within the next decade. Various patent filings and prototype tests for hypersonic aircraft are under way. Hypersonic craft travel at Mach 5 and above—at least 7 times faster than the top speed of an Airbus A380 or Boeing 787. These speeds could shorten Atlantic-crossing times to an hour, and London to Sydney times to as little as 2 hours, radically shrinking the world and changing the shape of global business.

The travel industry is in the business of establishing trust— knowing the location and identity of people and objects is one of its most important responsibilities.

Travel programs like EasyPASS (Germany), Smart Entry System(Korea), Global Entry (US), among others, aim to streamline travel through prevetting. Questionnaires, background checks and interviews establish trust for individuals, so that once identity is established a high degree of trust is automatically present.

The trick to going seamless is establishing identity quickly and accurately at every point in a journey. Today, clusters of technology similar to those in place at the Amazon Go market are in various stages of development and deployment to help expedite identity authentication in the travel process. The most rapid inroads are in airports. Australia has outlined the most ambitious goals of any country, planning to automate 90% of incoming international air travel processing by 2020, using a combination of facial recognition, fingerprints and iris scanning to identify passengers without the need to show passports.

In Labs, we firmly believe VR will never replace travel, but instead will augment and inspire travel experiences.

For instance, a VR tour through a simulated Rome at the height of the Roman Empire can provide deep historical context to make visiting modern Rome even more meaningful. VR can also help inspire local travel opportunities like diving with sharks or paragliding off a cliff—the VR experience is more accessible and can help people mentally prepare for real world experiences that may be at the edge of their comfort zone.

But the most important reason travel in the physical world is here to stay is authenticity. Authentic experiences matter, especially to rising generations of Millennials and Gen Z. And as VR experiences grow in number and prominence, the value of physical—real—experiences is likely to increase in value. 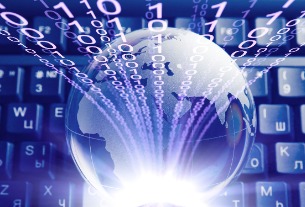 Expedia eyes global new heights with dual focuses on travelers and partners
©2020 广州力矩资讯科技有限公司 粤ICP备06070077号-2
Tell us more about yourself!