Hyatt signs deal with Booking.com as hedge against Expedia impasse

As their contract expiration deadline looms, Hyatt and Expedia are maneuvering for position with Hyatt property owners. The new Hyatt-Booking.com agreement gives Hyatt some leverage but it likely wouldn’t fully make up all the ground if the chain goes completely dark on Expedia.

Hyatt and Booking.com quietly signed a new and restructured distribution agreement in early June about a year short of the prior agreement’s expiration as the U.S.-based hotel chain seeks leverage in its contentious negotiations with Expedia Inc.

Hyatt, according to multiple sources, was reluctant to publicize the new pact with Booking.com because the chain didn’t want to further aggravate Expedia during negotiations, but with a July 31 deadline looming, apparently it is time to shake things up.

Some inside Hyatt believe that Expedia is being overly contentious and playing dirty by making direct pitches to Hyatt property owners about the perils of a prospective lack of an Expedia-Hyatt corporate-wide agreement, if that scenario comes to be.

On the other hand, it might be pointed out that it was Hyatt that first took the two sides’ stalemate public by seemingly leaking a communication to property owners about a decision to withdraw listings from Expedia in the event of no new agreement.

Skift learned that Hyatt signed a primary distribution deal in early June with Booking.com, one of the largest accommodations’ sites on the planet, and secondary agreements with sister sites Agoda and Priceline.com. None of these agreements were announced.

There are elements of the Hyatt-Booking.com agreement that contain volume pledges for Hyatt in the event the Chicago-headquartered chain’s properties becoming missing in action on Expedia Inc. sites, including Expedia.com, Hotels.com, Travelocity, and Orbitz.

Regarding those volume assurances from Booking.com, one Hyatt insider claimed that if the chain’s properties go dark on Expedia then he or she “could still sleep well at night.”

There is also talk that if the Expedia-Hyatt contract terminates with no resolution, then Booking.com would get some exclusive Hyatt content that wouldn’t be available broadly to other distributors.

Neither Hyatt nor the Priceline Group would comment about their deal.

However, for Booking.com, it is clear that a competitively advantageous agreement with Hyatt wouldn’t hurt the Amsterdam-headquartered site’s inroads in the United States, where it has been advertising heavily on TV, in addition to its usual digital marketing, and has been taking market share.

“We need more inventory.” said someone familiar with Booking.com’s thinking. 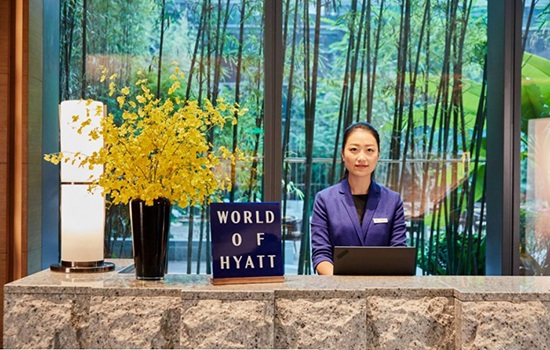 The Hyatt and Expedia negotiations’ impasse centers around at least three issues, with economics and compensation, of course, being central to it all.

First, Hyatt may feel competitively disadvantaged. Larger chains such as Marriott and Hilton, for example, likely pay or are negotiating lower commissions because of their girth and consequent volumes, and Hyatt would want to get treated fairly financially.

Second, the hotel chain would be sensitive to a double standard in that its existing most-favored nation clauses with Expedia require Hyatt to give the online travel agency the same low rates that it offers publicly in its own channels. On the other hand, Hyatt might be chagrined when Expedia tends to undercut Hyatt either by offering lower rates at times than the chain does in its own channels or disadvantaging Hyatt in relation to its hotel competitors.

Incidentally, hotel loyalty rates, because they are offered to a closed group of program members, appear to be a loophole in these most-favored nation stipulations.

Third, the entire hotel industry — Hyatt included — feels aggrieved that Expedia and other online travel agencies don’t share customer information when consumers book their properties on online travel agency websites. Hyatt sees its customer service as a competitive advantage and a key component of its strategy and would feel hampered by Expedia’s stinginess with customer data.

Some might argue, though, that the potpourri of issues is a smokescreen for one: It all comes down to economics.

Is Hyatt seeking an agreement on economics that doesn’t measure up to what Hyatt brings to the table? As of March 31, Hyatt had 673 properties — mostly in the United States — and ranked just 18th in size among global hotel chains.

WHO WOULD FEEL THE HURT THE MOST

Hyatt may be thinking that it is well-positioned because Booking.com is poised to take up the slack if Hyatt has to go dark on Expedia — a premise that is open to debate.

Some 40 percent of Hyatt’s business is groups, around 30 percent is managed travel that comes directly through corporations or indirectly through travel management companies, and only about a third of its business is transient, including unmanaged or lightly managed business travel, and leisure travel.

In that regard, Hyatt may be feeling it would be less susceptible to the pain that might come from an exodus from Expedia than some of its peers — especially given the new agreement with Booking.com and accompanying volume assurances from the hotel-accommodations site.

Whether things would really work out that way for Hyatt and Booking.com remains to be seen. While Booking.com is growing in the United States, Expedia is a much larger and better-known player stateside and, according to HItwise, Expedia processes about 20 percent of all online hotel bookings in the country.

For its part, Hyatt accounts for a low-single digit share of Expedia Inc.’s volumes. Some Hyatt analysts argue that Hyatt would bear the brunt of the pain if the two sides can’t come to terms.

” We still think it is likely that Hyatt renews with Expedia over the next several months, despite the hotelier having signed a primary distribution deal with Booking.com this past June,” said Morningstar senior equity analyst Dan Wasiolek. “This view is based on our calculation that Hyatt generates around 10 percent of its room nights from Expedia versus the online travel agency only getting roughly 2 percent of its room nights from the hotelier.

“Additionally, according to SimilarWeb data, U.S. visitations to Booking.com and Priceline.com totaled around 55 million in June, while Expedia.com and Hotels.com (owned by Expedia) total roughly 70 million, respectively. That is meaningful traffic to lose, in our opinion, when the replacement is unquantified volume assurances from renewed agreements with Booking.com and Priceline.com.”

Now, the next couple of weeks likely will see both sides increasingly whispering in the ears of Hyatt property owners for leverage with diametrically opposed arguments, and they’ll probably be getting more aggressive in airing their points in the media and elsewhere. 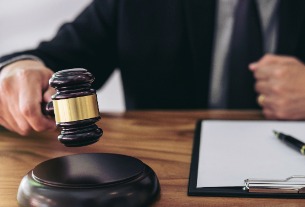