MakeMyTrip will own 100% of ibibo Group after the merger. Naspers and Tencent will become the largest shareholder in MakeMyTrip. 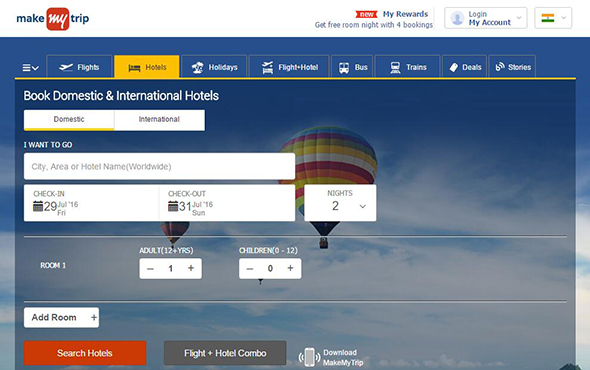 Indian OTAs MakeMyTrip and ibibo Group (owned by Naspers Limited), have agreed to pursue a transaction that will combine the two businesses under MMYT. The combination will bring together a bouquet of leading consumer travel brands, including MakeMyTrip, goibibo, redBus, Ryde and Rightstay.

Naspers and Tencent, through their jointly owned holding company (91% owned by Naspers and 9% owned by Tencent), are selling ibibo Group to MakeMyTrip in exchange for a 40% stake in MakeMyTrip.

MakeMyTrip will own 100% of ibibo Group after the deal. Naspers and Tencent will become the single largest shareholder in MakeMyTrip.

Additionally, the USD180 million, 5-year convertible notes issued by MakeMyTrip to Ctrip in January 2016 will also be converted into common equity, resulting in Ctrip having an approximately 10% stake in the combined entity.

The transaction is expected to close by the end of December 2016 and is subject to approval by MakeMyTrip shareholders and regulatory approvals.

MakeMyTrip turns to India’s hinterlands in the first quarter to win new customers
©2022 广州力矩资讯科技有限公司 粤ICP备06070077号
Tell us more about yourself!