Geneva-based operator MSC Splendida will visit ports in China, Japan, and Korea, even as the market struggles to adjust to huge increases in capacity.

MSC Cruises was the latest to make a new move into the fast-growing market, announcing Wednesday that it will send a second ship to China in May of 2018.

Geneva-based operator MSC Splendida, which can hold 3,274 passengers at double occupancy, will visit ports in China, Japan, and Korea.

The privately held company made its first foray into China with MSC Lirica in May. The 1,984-passenger vessel is sailing in Tianjin for the season with “cruise ambassadors” who speak Mandarin, luxury retail, and dining options that cater to local cruisers.

Wednesday’s news follows MSC’s announcement last month that it was opening an office in Shanghai and appointing a president to oversee operations in the region.

Several of the company’s competitors have already been building their business in China, including Royal Caribbean International, which has deployed two of its newest ships as well as some older tonnage. Costa Cruises has been operating in China for several years, and both Princess Cruises and Norwegian Cruise Line will launch a customized vessel next year. Carnival Cruise Line will start sailing there in 2018.

Cruise operators have said Shanghai in particular has been getting so many new ships so fast that prices — which once earned boasts from executives — were forced to fall. 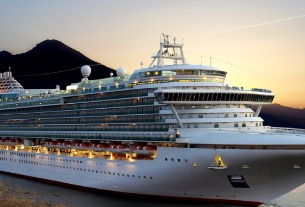