The platform claims to have 20 million members and will become part of the new owner’s strategy to increase revenues through media models alongside its existing online travel agency business.

WAYN was created in 2002 and attracted the attention not only of investors but also the wider tech sector with its ambition to build a community based on travel experiences and planning.

Co-founders Jerome Touze, Pete Ward and Mike Lines have seen the concept of a travel social network evolve over the years since, not least with the rise of Facebook and countless other (mostly failed) travel planning startups.

But the WAYN business has also made changes along the way, including introducing a travel dating tool and various deals to integrate various search services such as flights (Kayak and Momondo) and hotels (Booking.com).

The company secured a Series A round of $11 million some four years after its inception from Scottish Equity Partners and a string of travel tech luminiaries in 2006, including Brent Hoberman (co-founder of the original Lastminute.com) and Howzat Media, a investment vehicle backed by David Soskin and Hugo Burge of Cheapflights. 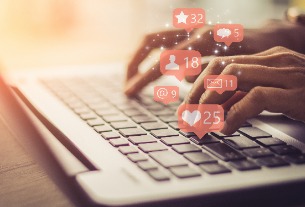