China’s burgeoning airlines is anticipated to spend USD 5 billion on foreign airline investments by 2020, surpassing the spending spree by the U.S. legacy airlines. 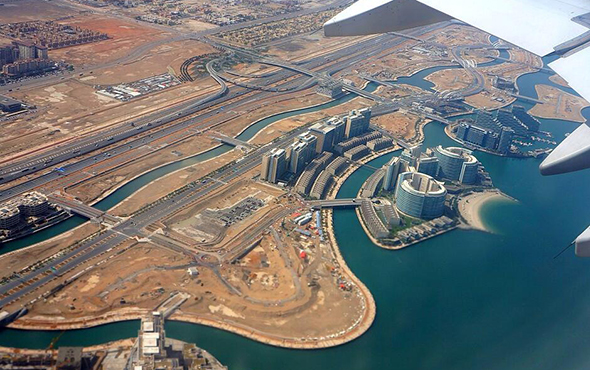 China's HNA Group finalized its purchase of a 23.7% stake in Brazilian low cost carrier (LCC) Azul Airlines for USD 450 million. The deal is just the latest move by the Hainan Airlines parent to expand its global reach in commercial aviation.

In addition to the 52.3% it owns of full service Hong Kong Airlines, its various domestic subsidiaries within China, and LCC HK Express, HNA Group has made the following purchases in recent years:

In a lot of ways, what HNA is doing is particularly interesting because it mirrors the so-called “equity alliance” strategy pursued by Middle Eastern giant Etihad Airways, and not just because both are now stakeholders in Virgin Australia.

Etihad’s strategy has played out with a higher caliber of airline, as it has purchased stakes in quasi global players like Jet Airways and Alitalia. But nonetheless, HNA is slowly building up a worldwide alliance of airlines based in a variety of key mature (Australia and France) and developing (Africa and Brazil) markets, with more almost assuredly to come.

To date, HNA is the only Chinese carrier to engage in serious investment activity abroad, but it would appear that domestic rivals also wish to follow suit. The attractiveness of this strategy for China’s airlines, in addition to any overlap with government foreign policy objectives (another variant of the direct investment in, for example, Africa over the last few years), is similar to the attraction for Hainan.

Whether or not the airlines are profitable, they represent additional feed and potentially additional route rights though this is less appealing for the ‘Big 3’ as they can functionally get any route that they want from the Chinese government.

Analysts hold that China’s burgeoning airlines, buoyed by resurgent domestic consumer spending and demand as well as a currency that’s pegged to a still robust dollar will spend USD 5 billion on foreign airline investments by 2020, surpassing the spending spree by the U.S. legacy airlines in that period.

China’s airlines aren’t alone in the Asian market in looking outward for foreign investment. Japanese giant All Nippon Airways (ANA) has also begun to spread its investment tentacles, buying an 8.8% stake in Vietnam Airlines earlier this year for USD 108 million. The investments by the Chinese carriers, ANA, and the U.S. legacies all hint at a broader megatrend in global aviation.