Qunar has retained Duff & Phelps as its financial advisor and Kirkland & Ellis as its U.S. legal counsel to review the "going private" proposal from Ocean Management. 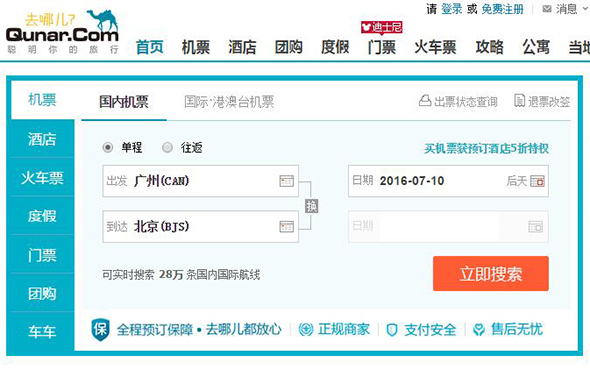 Chinese OTA Qunar announced on July 7 that the special committee of the company has retained Duff & Phelps as its financial advisor and Kirkland & Ellis as its U.S. legal counsel in connection with its review and evaluation of the previously announced non-binding "going private" proposal from Ocean Management.

The company received a preliminary non-binding proposal on June 23, 2016, from Ocean Management Limited, to acquire all outstanding ordinary shares of Qunar not beneficially owned by the significant shareholders.

eLong, another major travel aggregator, announced on May 30 that the company's board of directors has approved eLong’s privatization. Chinese internet giant Tencent is set to be the second largest stakeholder of eLong, while dominant OTA player Ctrip will remain the largest shareholder. (Rewritten by Jerry)