Home > > Google: time for the travel industry to see through its do-no-evil mantra

Google: time for the travel industry to see through its do-no-evil mantra

Google might pose the biggest long-term threat to the profitability and growth of airlines, hoteliers and travel intermediaries that they have ever seen.

I believe that Google poses the biggest long-term threat to the profitability and growth of airlines, hoteliers and travel intermediaries that they have ever seen.

Over the last number of years, Google has entered more and more areas of the market through the introduction of Google Flight Search in particular, Google Hotel Finder and Google Hotel Ads, as well as the optimisation of Google Maps for hotel bookings.

Google’s search engine has always been a natural part of the travel experience, but now Google is proactively seeking out demand for specific products while staying under the radar.

Google knows what customers are looking for – and is in a powerful position to deliver it. Having an enormous market share on both search and Android provides them with an unfair advantage in the travel eco-system.

Google will bring two major trends to existing industry players: short-term gain and long-term pain.In the short term, hotels, airlines and existing OTAs will see an opportunity presented by Google, in that they will be able to work together to generate incremental demand.

However, that honeymoon period can’t last forever and Google is already planning well beyond that.

Airlines, in particular, have a natural advantage in the marketplace that they are not fully benefiting from – that nearly all trip planning begins with the flight search.

By partnering with the Google Flight Search product, airlines are effectively handing Google the top of the trip planning funnel.

This brings Google about two weeks further forward in the trip planning timeline than it previously was – and into direct competition with the airlines themselves for the hearts and minds of their (currently) brand-loyal customer bases.

So, on the one hand, you have direct providers surrendering invaluable customer and itinerary data and, on the other hand, Google is selling these customers to the highest bidder – on all devices and at all points in the timeline.

It’s a perfect scenario for Google, and a perfect storm for the travel industry: customer purchasing behaviour controlled and sold by the leading provider of search and mobile platforms.

Google is getting immediate access to customer itineraries from the moment people book or search for a flight or hotel, giving it a direct insight into what customers want, as well as how, when and for how long they want it.

To illustrate that point, as of 2015, travellers in the US can now purchase tickets on Lufthansa directly within Google Flights on mobile and desktop.

This means that users don’t even see the airline’s website after selecting a Lufthansa flight, the first time a major airline has offered this service.

Inventory owners are still fighting the wrong war. What we’re largely seeing at the moment is airlines and hotels on one side, and intermediaries on the other.

For example, Lufthansa has made life a lot harder for traditional intermediaries by adding a Euro 16 surcharge to all tickets booked on third-party sites but all the while ignoring the Google-shaped, longer-term threat in the room.

It is important to remember that intermediaries will benefit in the short term from Google’s emergence in the sector.

Today, intermediaries can even buy advertising space on the itinerary and booking confirmation emails that companies send to Gmail inboxes without any information or revenue benefit flowing through to the airline.

Currently, too many airlines simply do not adequately market these ancillary services to their customers.

Google is like a tattoo: it’s very hard to remove

OTAs are continuing to get smarter as they also wrestle more data away from airlines.

Their sophistication is such that in the future, it is not unrealistic to imagine advertisers purchasing itinerary searches in real time, and bidding on an ultra-micro level for bookings in the intermediary space in a way that pre-determines customer behaviour in the future.

They could conceivably undermine pricing strength in the flight sector in order to push customers through their own non-air ancillary funnels – a far more profitable business for them.

Witness the antagonistic relationship between eDreams and Ryanair in the marketplace today and how Google facilitates this.

It’s clear that, in pursuit of its own growth, Google has little interest in protecting the brand investments that airlines have painstakingly built over the years.

The roots of this risk to airlines can be traced back to the introduction of global distribution systems (GDSs).

By giving Google all their data around prices and inventory, airlines are ceding control in the same way they did with GDSs decades ago.

However, while GDSs continue to provide useful distribution to their airline partners today, distribution through Google comes at a far higher price.

When airlines give up their rates and inventory to Google (by participating in Google Flight Search), it spells the end of the relationship between the airline and its online customers.

In this scenario, all non-air ancillaries will be sold via paid advertisers and the airlines will lose out on significant revenue opportunities.

Worse still is the erosion of the airline brand. It’s not too late to stop it, but it soon will be. Google is like a tattoo: it’s very hard to remove.

If it continues unchecked, there will come a point in each instance when the wedge Google will drive between the providers and their customers becomes irreversible. A natural consequence of this will be higher fares for consumers.

Google is a wolf in sheep’s clothing

Google has also eyed up the accommodation space as it looks to take over the travel industry.

Google Hotel Ads is an interesting case. Again, what we are seeing is Google as the wolf in sheep’s clothing.

Hotel Ads represents a short term opportunity for the larger players to further consolidate the sector to the detriment of smaller players, but long-term, Google will take business away from even the biggest OTAs.

Google has taken an aggressive approach in the accommodation space. Through Google Hotel Ads, participating hotels are charged industry-standard commissions for bookings, rather than the standard cost per click.

Of course, OTAs that make their revenue by charging booking fees will be the biggest losers from Google’s emergence in the short term.

Other OTAs will suffer from margin erosion of the first stage of their funnel – flight – with the consequent loss of demand to secondary, more profitable sources of revenue like hotel, insurance and car hire.

Too many industry players are thinking short-term

Consider an OTA advertising on Google to acquire customers for its hotel booking site. Currently that advertiser will have an aggregate revenue per visitor, irrespective of the number of hotel nights the customer purchases.

The OTA will lose money on some customers as the cost of advertising on Google outweighs the revenue from a room for one day.

Margin is low or negative on short stays, and highly profitable on longer stays. Cost-per-click (CPC) and the infamous (and highly opaque) “quality score” are oblivious to the value of that customer to the OTA.

Now imagine Google has just powered this customer’s flight purchase – or even just their flight search. Google now knows the exact length of stay based on the return flight and can start to progressively increase CPC based on the added value to the OTA of that particular customer.

Imagine what happens when Google knows customer itineraries in detail – who is travelling business class, how many nights they will be staying in a city, etc?

Advertisers can bid more to capture customers that will deliver higher booking revenue, but in the process they will simply lower their overall margin.

This gives Google more revenue headroom in its existing business without even needing to increase demand.

It passes the same number of customers to the OTA, but can continue growing its revenue at the expense of all other players in the funnel until it reaches the milestone – a zero sum game for OTAs.

In this situation, Google has provided absolutely no additional value to the OTAs here other than – as it says itself – determining a “more qualified customer”.

This margin erosion for intermediaries will lead to two things: more revenue for Google and higher prices for customers.

I don’t believe people outside of Google are ignorant to this, but I believe too many industry players are only thinking in the short-term – which will prove fatal for some.

Google’s influence has been addressed by the European Commission which, at the time of writing, is reported to be considering fining Google up to Euro 3 billion after formally charging it with unlawfully promoting its own price comparison service in general search results while relegating services of smaller rivals.

In Russia, Yandex has successfully sued Google for similar anti-competitive practices, where Google had been found to favour its own products ahead of those of competitors on Android-based handsets.

Google is smart, but its secret is out

So what can be done to stem the Google tide? For starters, airlines and hotels need to stop giving their inventory and pricing to Google.

That’s simply handing over the crown jewels to a company with a long-term conflict of interest with their business models.

Once customers start to shift to Google as the starting point for travel planning, it’s too late for direct providers to use alternative channels.

Operators should diversify their distribution and use other channels such as GDS, metasearch and OTAs, but Google is different. It offers high-quality distribution, but at way too high a price in the long term.

OTAs and direct providers both need to look at how they are investing in the customer experience.Airbnb’s user interface is a good example of clever innovation that could wrestle customers away from Google.

It’s about brand recognition and a guarantee of reliability and efficiency. OTAs need to pay attention to the customer experience if they are to put up a challenge to Google, because that’s what users want.

Moreover, after taking back control of their data, it’s about properly investing in it to maximise the opportunity it presents.

What does this mean? Companies have to invest in analysing and acting on data so they can accurately predict customer trends.

Google will be far stronger than any other entity in the travel market. It is possible that it could change customer behaviour in an irreversible way and all other players would be relegated to margin erosion machines.

If OTAs and direct providers want to avoid that, it’s time to make some strategic decisions.

Google is smart, but its secret is out. The real tragedy here isn’t that Google is taking over the travel industry; it’s that too many companies are allowing it to do so.

I’ve explained why Google poses a threat to travel companies, and now I’d love to hear its side of the story. I would challenge Google – or anyone else – to say it ain’t so. 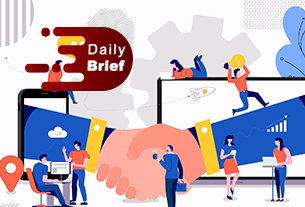 Klook integrates with Google, enables operators to feature as official site listing
©2022 广州力矩资讯科技有限公司 粤ICP备06070077号
Tell us more about yourself!