Designed primarily to explore consumers’ path to purchase — and to see how online design elements facilitate or hinder the process —Expedia’s Usability Lab is also predicated on the premise that anything that makes the process smoother is good for all concerned.

When booking hotel rooms, French travelers want to know if breakfast is included. Asian travelers are concerned about closet size, and US travelers tend not to sweat the small stuff.

Generalizations? Absolutely, but they also reveal patterns that property managers can use to their advantage: After all, if you know which amenities potential guests care about, you can use that information to highlight the fact that you offer them.

Such insights speak to one of the less-publicized objectives of Expedia’s Usability Lab, a two-room facility in the company’s headquarters in Bellevue, Wash., which Tnooz recently visited.

Designed primarily to explore consumers’ path to purchase — and to see how online design elements facilitate or hinder the process — the lab is also predicated on the premise that anything that makes the process smoother is good for all concerned.

“We do know there are nuanced differences between travelers and hoteliers in different regions. But we want to better answer that from a position of authority and knowing vs. just guessing.”

To that end, the new labs are expected to mimic the Bellevue lab, in which individual travelers are asked to research and (not-quite)-book flights, hotels, etc. As they do, a camera atop their computer screen tracks their eye movement while electromyography (EMG) sensors on their cheek and brow monitor the electrical activity of the underlying muscles.

Hidden behind a one-way mirror in the adjoining room, researchers follow along on an identical screen as a dancing yellow line shows where on the screen the subject is looking (and for how long).

Beneath it, two EMG readouts track smiles (a green line that spikes when the subject is pleased) and furrowed brows (a red one that signals tension or frustration). The system can be used to test everything from specific design changes on web pages to the overall feasibility/user-friendliness of new products.

“We usually have a key question that we’re trying to research to find out what the potential points of confusion or clarity are so that we can do more of the good stuff and fix anything that’s confusing.”

Similar research also takes place on the supplier side in order to explore functionality issues hoteliers may face. In one ongoing test, for example, the research has led to design changes that make room types more easily differentiated and core processes more discoverable (e.g., through a single click vs. a multi-level menu).

“If a hotelier is not able to enter information that helps the travel shopper make the right decision about which room to book, that limits the hotel’s ability to sell on the site. It’s an important functionality for us to get right.” 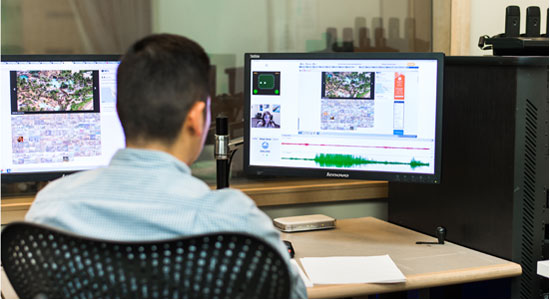 The labs concept isn’t wholly new, though the media has only recently been allowed to peek at it. The Bellevue lab opened in 2010 with eye tracking. It added EMG sensors in 2013. In 2015, Tnooz noted how the lab was used to test Expedia’s new Scratchpad tool, which lets shoppers keep track of their research.

This summer, Expedia plans to open labs in London and Singapore, taking the idea global.

The labs’ growing body of consumer research aims to provide insights on how different travelers respond to different types of content and, by extension, how hoteliers can modify their own content to generate more smiles, fewer frowns and, presumably, more bookings.

For hotels that attract a lot of French travelers, that might mean highlighting that breakfast is included; for those with large Asian clienteles, showcasing that rooms feature oversized closets.

Or, as a recent session in Bellevue suggested, it might be something more universal. While scrolling through a hotel’s photos, the subject stopped on one in particular, which led to a virtual explosion of green spikes. The image was of a good-sized, well-appointed bathroom.

“Large bathrooms create delight. If you have an awesome one, you should definitely highlight it.” 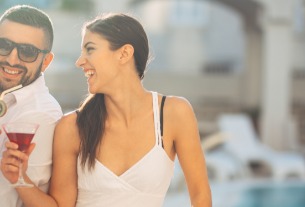 Are branded hotel experiences the right solution for you? 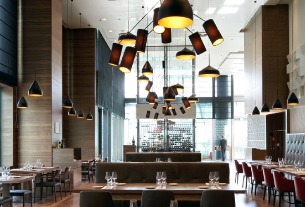 The new rules for acquisition, experience and loyalty in travel
©2021 广州力矩资讯科技有限公司 粤ICP备06070077号
Tell us more about yourself!