Qatar Air has increased the holding from the 9.99 percent bought in January last year, Chief Executive Officer Akbar Al Baker said at the Arabian Travel Market in Dubai, adding that “IAG is the most successful airline today.”

Qatar Air drew closer to IAG after joining its Oneworld alliance in 2013, aided by the backing of the London-based company’s CEO Willie Walsh at a time when other European carriers were openly hostile to the expansion of Gulf rivals.

IAG is establishing itself as Europe’s most profitable airline business as Air France-KLM Group and Deutsche Lufthansa AG grapple with unions over cost cuts. Operating profit jumped almost 70 percent to 2.34 billion euros ($2.6 billion) in 2015 and the company forecasts a similar gain this year.

“Their performance is absolutely over-the-moon,” Al Baker said during an ATM forum. “They’ve already announced record profits and the first quarter was very good.” The executive said Qatar Air has had two dividends from IAG, as International Consolidated Airlines Group SA is known, and is due a third soon.

IAG, which reports earnings Friday, said it doesn’t comment on its shareholders. European Union rules cap airline investments by companies from beyond the bloc at 49 percent.

Walsh, who Al Baker described as “the best CEO in the industry,” said in February that the Qatar Air partnership could expand joint purchases, add to code-sharing arrangements and coordinate cargo units.

Al Baker said Oneworld membership has been positive but “could have done better” had it not been for a spat between Gulf and U.S. carriers. While Delta Air Lines Inc. began the confrontation over alleged state funding of Mideast operators, he said, one of Qatar’s alliance partners had “jumped on the bandwagon,” a reference to American Airlines Group Inc. 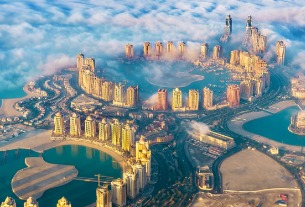 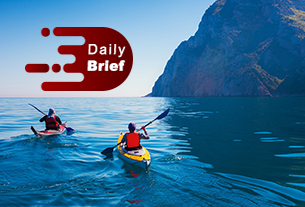