Bloomberg reported Ctrip is to buy 3.55% of China Eastern and the deal is part of the airline's plan to finance purchase of planes for further expansion.

The stake held by the state-owned parent of the airline, China Eastern Air, will decrease to about 52% from about 62% upon dilution as the listed unit sells shares to fund the spending plan, Ma said. Current rules prohibit the parent’s stake to drop below 50%, he said.

Xulun Ma, general manager of China Eastern Airlines, said on March 12 that the carrier was actively pursuing state ownership reform and to further reduce state-own shares of the carrier’s stake to encourage more investments from the market.

The Shanghai-based carrier predicted a 60-70% net profit growth for the first quarter this year due to robust demand and lower fuel prices.

The Chinese OTA giant Ctrip further lifts its GMV goal for 2020 to USD 200 billion, following the latest announcement of its fourth quarter and full-year 2015 results.

Ctrip and China Eastern will collaborate with each other on a broad range of products and services such as low-cost transportation solutions, international air travel, IT technology, travel insurance, and e-commerce. 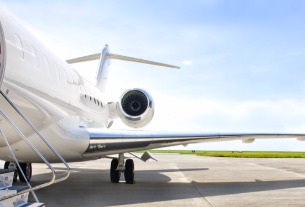